I’ve collaborated with a couple of french instititions on their events.

Steamhouse evenings in the Jules Verne’s house in Amiens. 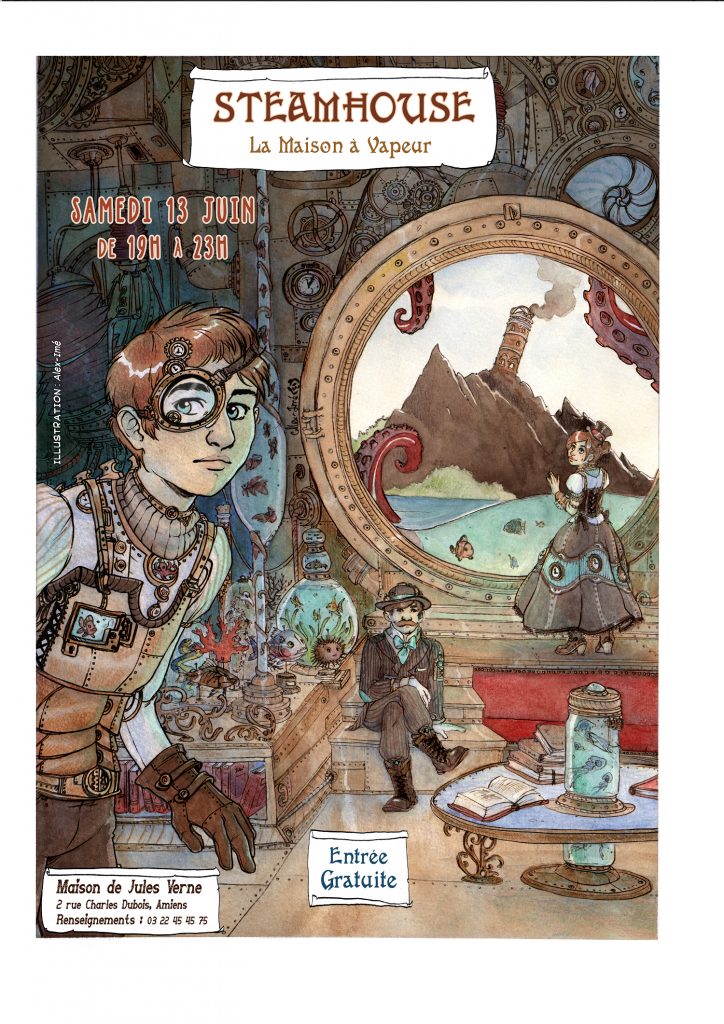 The exquisite house where Jules Verne lived 18 years in Amiens has been restored and turned into a museum in 2006.

“The man stood still in the middle of the courtyard and looked at the house. It was a big, majestic building, half brick and half stone. Flanked by a round tower, it seemed to be as much a part of the lighthouse as the manor and could have served as a setting for some fantastic story.”

To celebrate JulesVerne’s heritage and his grandfatherhood of steampunk, the team of the museum contacted me to put steampunk in the house. With the help of Hydragency, we’ve selected a few rench steampunk artists and set up two evenings of steampunk extravanganza.

It was the first time in France that steampunk entered a museum.

The regretted Fiction magazine asked Etienne Barillier and me to work on a serie of ten portraits mixing steampunk, the city of Paris and figures of the french popular culture of the 19th century (literature and history). The work on these pictures by photographer Christopher Mark Perez combined with our flavor texts worked so well that we decided to set up an exhibition with much more than only ten photographs! Meet Mina Murray, Arsene Lupin, Vidocq and many others…